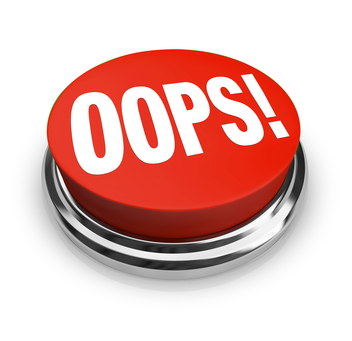 This blog is all about frequently misused words so let’s start with Damp squib which I have used in the title. The correct phrase is Damp squib (when something is less impressive than expected) but it is often incorrectly written and pronounced as Damp squid. Now you may not use damp squib everyday (or perhaps never) but, if or when you do, then why not get it right.

Although I don’t want to inhibit your creativity by throwing too many rules at you, the misuse of the words listed below can make your writing look less convincing and may even cause irritation to some. There are many more examples I could include but let’s make a start with the following examples of some frequently misused words.

If you can count or quantify something use fewer. For example:

The girl ate fewer sweets than the boy.

For hypothetical quantities or intangible concepts such as time, use less. For example:

It took less than an hour to write this blog.
He has been less successful since he changed jobs.

Complement and compliment have completely different meanings even though they sound the same and have similar spellings.

A compliment is when somebody says something nice about you. For example:

I must compliment you on your new hairstyle.

Complement is related to the word complete and means to add to or enhance something. For example:

The wine was chosen to complement the food.

Effect and affect look similar and so are often confused but they do have different meanings.

Effect is mainly used as a noun but it can also be used as a verb. As a noun it refers to an outcome or influence. For example:

The effect of the cold winter is still visible.

Effect can also be used as a verb (to bring something about as a result) but it is not so common in everyday English. For example:

The new plan did little to effect change.

Affect is mainly used as verb and means to influence something. For example:

Playing games on a computer can affect your perception of time.

Loose means baggy and lose means to misplace something. For example:

These trousers are too loose.

If I lose any more weight these trousers will be too loose.

I don’t know what I will do if I lose my passport.

It is typically only in writing that these two words get confused because they are pronounced differently. Loose rhymes with moose or noose and lose rhymes with snooze.

Although these two words both come from the word continue, continual means something that’s always occurring (starts and stops) whereas continuous means never-ending (non-stop). For example:

Roadworks are a continual problem for the local residents.

The continuous noise kept me awake all night.

There, their or they’re

They’re is a contraction of they are (an apostrophe ‘ is used to indicate the missing letter). If you can’t replace they’re in a sentence with they are then you know you have made a mistake. To find out more about apostrophes see my blog The use of apostrophes – banana’s 70p a kilo.

Their is a possessive pronoun. You use it when you want to indicate possession or ownership. For example:

When the children finished school their bus was waiting for them.

There is used to refer to a place (concrete or abstract). For example:

I like to visit London but I wouldn’t want to live there.

There are a number of reasons why I have written this blog.

To, too and two

I am going to the theatre (used as a preposition).

This book belongs to me (used as a preposition).

I like to read every day (used to indicate an infinitive).

I would like to help you (used to indicate an infinitive).

Too can be used as a synonym for also or to indicate excessiveness before a verb. For example:

Can I come too?

I ate too much for lunch.

Two is simply the spelling of the number 2 and so generally doesn’t cause any confusion but here is an example any way:

I have two children.

One thought on “Frequently misused words – damp squib and other blunders”