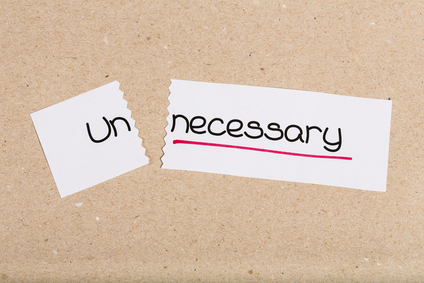 There is some controversy over the use of hyphens (even are hyphens really necessary) and no doubt the debate will go on. But what are hyphens and why do some of us think they are an important part of the English language?

Hyphens (amongst other things) are used to form compound words and phrases. So, for example, when you put two or more adjectives together, you create a compound adjective which can be used to describe a noun. This may sound a bit complicated but there are really only two rules you need to know about the use of compound adjectives.

What are the two rules?

When compound adjectives come before a noun they should be hyphenated.

The most-watched films
The well-known actor

When compound adjectives come after the noun they do not need hyphens.

The films that are most watched
The actor is well known

OK, so maybe you are not going to lie awake at night worrying about where, when or if you should use a hyphen. You may even wish they would just go away like Winston Churchill who described hyphens as “a blemish to be avoided wherever possible”. After all, in the above examples we all know what these phrases mean with or without hyphens, so what is all the fuss about?

Decide for yourself – are hyphens really necessary?

Well, just in case you have thought about giving up on the much-discussed and often much-maligned hyphen (note my use of hyphens), take a look at the following examples which I have either seen or found online or in English grammar books. Then decide whether you think the odd hyphen or two would have helped to avoid confusion and/or amusement.

So, are you convinced that hyphens are sometimes needed to understand the correct meaning of a phrase or sentence or are you with Winston Churchill on this? You may think that some of the examples above are perfectly clear but as an English grammar pedant I would argue that all of the above are crying out for hyphens.

I am definitely pro hyphens because I believe hyphens, used correctly and appropriately, add clarity to writing. I even use trailing hyphens but more about that another time (or not!). In case you don’t know what a trailing hyphen is, I leave you with this example:

We must think about his long- and short-term needs.