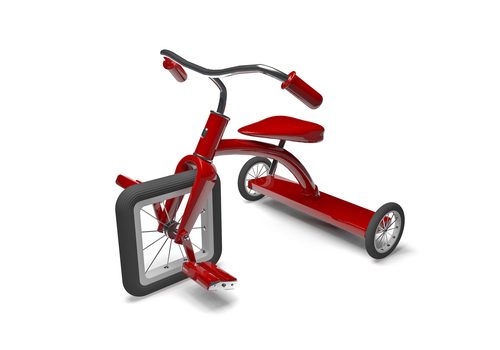 In my blog post Frequently misused words – damp squid and other blunders I included some words which are often misused, so now let me introduce you to the world of the malapropism.

What is a malapropism?

If you don’t know what a malapropism is, here is a dictionary definition:

‘The mistaken use of a word in place of a similar-sounding one, often with an amusing effect (e.g. ‘dance a flamingo’ instead of ‘flamenco’).’

Where does the word malapropism originate from?

The word malapropism originates from a humorous character called Mrs Malaprop in Richard Sheridan’s 1775 play ‘The Rivals’. It is derived from the French ‘mal à propos’ which means inappropriate or inopportune.

Mrs Malaprop was particularly prone to using incorrect but similar-sounding words (typically to great comic effect) and as one of the most amusing and memorable characters in ‘The Rivals’, ‘malaprop’ (and its derivative ‘malapropism’) found its way into the English language.

Some of Mrs Malaprop’s malapropisms

Below are some of the malapropisms uttered by Mrs Malaprop herself in Richard Sheridan’s play ‘The Rivals’.  Just in case you are not sure what she meant to say, I have included the correct word after each quote.

“Oh! it gives me the hydrostatics to such a degree.” (hysterics)

“Sure, if I reprehend any thing in this world it is the use of my oracular tongue, and a nice derangement of epitaphs!” (apprehend, vernacular, arrangement, epithets)

“I have since laid Sir Anthony’s preposition before her.” (proposition)

“He is the very pine-apple of politeness.” (pinnacle)

“…she’s as headstrong as an allegory on the banks of the Nile.” (alligator)

“His physiognomy is so grammatical.” (phraseology)

Mrs Malaprop is not alone

A quick internet search reveals that there are many more examples of malapropisms spoken by the famous and the not so famous. No help this time as to what is wrong and what the correct word should be!

You could have knocked me over with a fender.

Dad says the monster is just a pigment of my imagination.

A rolling stone gathers no moths.

Your ambition – is that right – is to abseil across the English channel. (Cilla Black)

I got stuck in the revolting doors.

Their father was some kind of civil serpent.

We seem to have unleased a hornet’s nest. (Valerie Singleton)

And then he (Mike Tyson) will have only channel vision. (Frank Bruno)

If I don’t want to serve someone, that is my provocative.

I trust that the above examples have both enlightened and amused you but, to quote the immortal words of Jane Austin “you have delighted us long enough”, I will leave it at that for now. However, if there are any malapropisms you have heard (or even mistakenly uttered yourself), then do share them with us.

Print
Malapropism – what is it and how did it get its name?