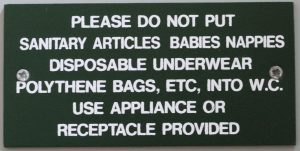 Print
The use of apostrophes – banana’s 70p a kilo