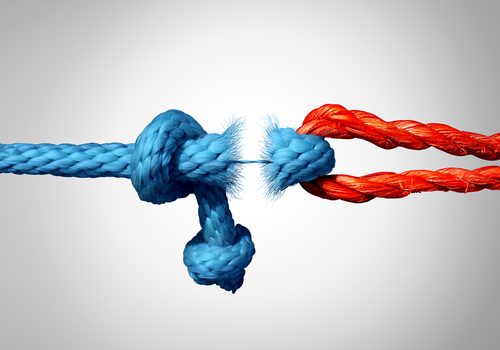 If you don’t know what split infinitives are, here’s one of the most famous examples. It was spoken at the beginning of many of the television episodes and films of Star Trek (it was first used for an episode in September 1966):

To boldly go where no man has gone before.

I have highlighted the split infinitive for those of you who are blissfully unaware of what it is, but first let me clarify what an infinitive is and how you can split it. An infinitive is the form of a verb which has a ‘to’ in front of it.  For example, to write, to read, to go, to walk. When you place one or more adverbs (words that modify or describe a verb) between the ‘to’ and the ‘verb’ (a word which describes an action) you have created a split infinitive. So ‘to boldly go’, ‘to quickly walk’, ‘to loudly sing’ are all examples of split infinitives.

What were you taught at school?

If you were taught English grammar at school you may have been told that you should never split infinitives. However, throughout history, writers have happily split their infinitives without any dire consequences.

The origin of the no split infinitives rule

It is not known exactly how the ‘no split infinitives’ rule came about or whether it was/is even a rule but one theory is that it was an attempt to make English grammar work in the same way as Latin grammar. However, in Latin an infinitive is a single word and so it cannot be split.

When are split infinitives OK and when aren’t they OK?

As a writer I am (sadly) all to aware of split infinitives both in writing and speech and so I have to resist the urge always to criticise those that use them. For all of you split infinitive police out there you will have noticed how I avoided writing ‘to always criticise’ but let’s be honest both forms are perfectly clear and understandable.

However, there are occasions when split infinitives can lead to confusion. For example, if you move an adverb to a different position in a sentence it can alter its meaning:

In the ‘The King’s English’ written by Henry Watson Fowler and Francis George Fowler and first published in 1906, they said that split infinitives were ‘ugly things’. However, they also added that “the ‘split’ infinitive has taken such hold upon the consciences of journalists that, instead of warning the novice against splitting his infinitives, we must warn him against the curious superstition that the splitting or not splitting makes the difference between a good and a bad writer”.

A final word on split infinitives

Don’t worry about any perceived rules. Simply use your own judgement as to whether a sentence flows well and sounds right with or without a split infinitive.